Development of a space transport demonstrator 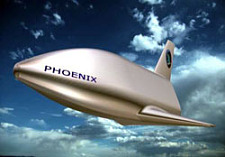 Unhindered and independent access to space is of fundamental significance for the European space industry. In the long term, such access will only be ensured if Europe always has recourse to modern and efficient space transport systems – like the present Ariane system, major parts of which are manufactured in Bremen. In order to remain permanently competitive and even to gain a larger share of what in the long term will be a generally expanding market, it is vital to keep cutting costs. In this context, it is believed essential to move away from the currently predominant method of single-use launcher systems, with direct destruction following operational use. Reusable space transport systems like today’s space shuttle are estimated to be able to save 75 % of the costs compared with the launchers currently in use, and will therefore play a leading role in the long term.

On this basis, the European Space Agency ESA has set up the Future Launcher Technology Programme (FLTP). It is particularly faced with the challenge that the development of a reusable space transport system necessitates a series of additional, fundamentally new capabilities compared with today’s conventional launchers. This approach is being followed in Germany in the national ASTRA space programme (ASTRA stands in German for Selected Systems and Technologies for Future Space Transport Applications). It primarily aims to build on existing German systems and specialised expertise in this field in a targeted fashion. It should be stressed that ASTRA is now expanding the theoretical concept and development work for advanced launcher systems into a practical test phase. Also, ASTRA receives a considerable degree of co-financing from the German space flight industry, demonstrating the companies’ substantial commercial interest in such new systems.

For this national space flight programme, the "Automatic Landing" flight experiment is the first major demonstration step selected on the road to a reusable European space transport system; it is initially to operate on an unmanned, unpropelled and horizontal basis. As a precondition for the practical realisation, a suitable test launcher is needed, which has not so far been available in Europe. The roughly 7-metre-long demonstrator called PHOENIX can and should demonstrate both German systems capability and the mastering of automatic landing technology in practice. With its concentrated systems skills, Bremen was an obvious location for the development and construction of this appliance. The PHOENIX project has opened up a great opportunity for the space flight industry in Bremen to undertake a major element of the national ASTRA programme by 2004.

In order to initiate and realise this project, the Bremen-based large space company EADS SPACE Transportation, the medium-sized Bremen-based firm Orbitale Hochtechnologie Bremen (OHB), and the Bremen University Institute Centre for Applied Space Technology and Microgravitation (ZARM) have joined forces to form a regional working group. The development and construction of PHOENIX has now been completed. It particularly involved the testing of necessary technologies in the following disciplines: aerodynamics, flight mechanics / positional stability, flight control and navigation.

PHOENIX is a test model for the future European reusable space transporter called "Hopper", which is planned for around 2020, and which initially has no propulsion of its own, but is to be launched from a helicopter in the test phase (spring 2004). Sensors and a GPS-based navigation system are to monitor the flight path and gather all the relevant data. PHOENIX’s landing phase, with its sharp ground angle, is of interest for the development of the "Hopper". The entry angle into the atmosphere is to be optimised in such a way that the "Hopper" can survive without the thermal protection tiles which proved the undoing of the Columbia. In this way, the "Hopper" would be able to land undamaged and then prepared for the next flight. PHOENIX has to pass initial tests currently taking place in the wind tunnel, roll tests and other computer simulations. The envisaged overall cost of PHOENIX (excluding the direct flight experiment) – and thus the entirety of the work modules oriented to Bremen – amounts to about € 15 million. Of this, EADS is covering just over € 13 million. At € 8.8 million, roughly two-thirds of the company’s PHOENIX work modules are being funded by the company itself. The remaining funding of about € 4.3 million or around one-third is being provided by the state of Bremen from the Objective 2 programme.