Upgrading of the Leherheide district centre 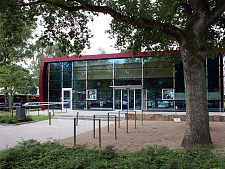 Leherheide-West is one of the socially disadvantaged parts of Bremerhaven, with an above-average level of unemployed people and migrants. The suburb is also disproportionately hard-hit by shrinkage. Without intervention, it is likely that the centre of the district will become a total wasteland within a few years. The consequence would be the loss of numerous jobs close to where people live. Leherheide-West is already having problems, and the loss of a functioning centre would mean a substantial decline in standards of living and residential quality. 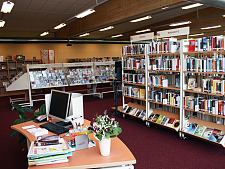 If the district’s centre is to be preserved in the long term as a focal point for shopping and living, there will have to be a far-reaching restructuring which takes equal account of economic, cultural and social interests. The city has worked with the various owners, users and citizens in an intensive process of co-ordination to elaborate an integrated concept. 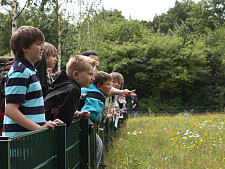 The process of restructuring involves the redesign of the old weekly market, the demolition and rebuilding of the district library, which has a symbolic function in a district whose residents lack education, and supporting measures such as public relations work.

Click on this Link to view a film about: Video Leherheide