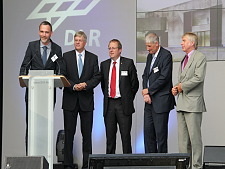 On 25 August 2011, the German Aerospace Center (DLR) inaugurated a new laboratory building in which, among other things, research satellites will be tested and space vehicle controls developed. The construction of the building, the facade of which is reminiscent of the thermal protection panels of a space shuttle, took a year and a half.
Following the ceremonial presentation of the key to the building, 170 space flight experts started work in the complex. The 3330 square metre facility is also open to the public: the DLR is holding various events and tours to help visitors to learn about current projects.
You can see the pictures of the opening ceremony in the following slide show: Slideshow Opening of the new lab building

Movie about the Institute of Aerospace Systems


Institute of Aerospace Systems of the German Aerospace Centre in Bremen

Space flight is of great economic and strategic importance for Bremen – as indeed it is for Germany and Europe. In addition to the public-sector funding for space flight from the Federal Government, the European Union (EU) and the European Space Agency (ESA), the commercial space flight market is also of substantial importance: jobs are created not just in the space flight industry, but also in the related markets which are based on space flight technology and the applications made possible by it, or on findings from space flight research. 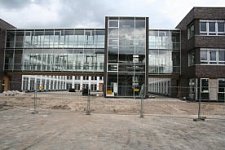 Space flight is of great importance for Bremen in particular: the city is one of the leading aerospace areas in Germany. Space flight is a high-technology sector with a host of highly-skilled jobs, especially in research and development. In order to withstand the international competition, it is important to keep up to date with the latest advances. This requires an outstanding scientific environment, both in Bremen’s higher education and research establishments, and in the city’s space flight industry. It is necessary to add additional skills to the existing good scientific environment, so that new markets can safeguard jobs and create new ones. 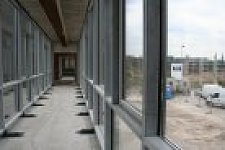 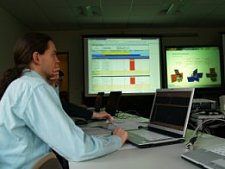 It is against this background that the Institute of Aerospace Systems of the German Aerospace Centre (DLR) was newly established in Bremen in January 2007 with a view to broadening the DLR’s existing programme to include new fields of research of strategic relevance. In close co-operation with industry and other research establishments in Bremen and around the world, the Institute will design, analyse and evaluate complex space flight systems and mission scenarios in terms of technology, economic viability and social policy. The Institute will combine and use components, processes and methods developed elsewhere in the DLR or in industry. The aim is to use the work done on systems analysis to build up in-house expertise in those fields of technology where there is a continuing need. These include areas like control and data technology, re-entry technology, or exploration technology. The new Institute will collate systems work and technology development in specific projects and implement them on a collaborative basis with research and industry. For example, it plans to develop and build an entire DLR compact satellite, which will mark the beginning of a series of small-scale satellites for various scientific purposes.

In addition to this, the new Institute of Aerospace Systems will build on existing co-operation with industry to further develop the next-generation propulsion and launcher systems, right through to the construction of prototypes. Not least – based on the systems analyses and the research done on space flight systems technology – a greater emphasis is to be given to the training of engineers and scientists in conjunction with Bremen’s universities. 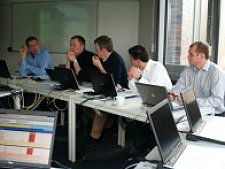 The development of any space flight system necessitates close co-operation and co-ordination between the DLR and the industrial partners. The DLR feeds its research and development capacities into this co-operation, capacities which cannot or can only to some extent be realised under commercial conditions. Industry retains responsibility for implementing and utilising the results. 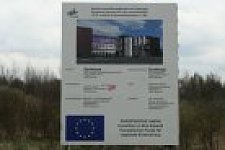 The companies in Bremen will derive substantial advantages in global competition from such a scientific institution. Bremen will be lastingly strengthened by the new Institute, since the city’s industry is receiving expert support from the new partner in terms of research and development work. The new institution fits into Bremen’s strategy of developing into a “model space flight region for Germany in Europe”.

The Institut plans to have 130 staff. The research infrastructure to be constructed mainly consists of office and laboratory space.