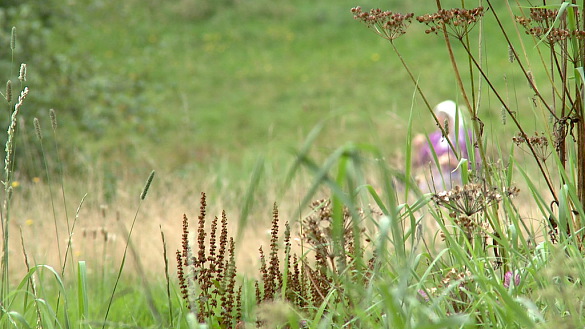 The district of Leherheide consists of three places: Königsheide, Fehrmoor and Leherheide-West. Leherheide-West in particular has an above-average number of people on welfare benefits, an increasing amount of vacant property, both residential and commercial, and serious local concerns about security.

This contrasts with demolition and restructuring work to improve the district. Also, Leherheide is an area with a lot of greenery and right at its centre, there is Erika Lake – which can only be reached on foot or by bike. 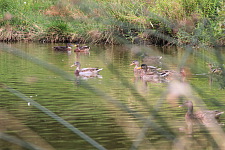 When it was developed in the 1960s, Erika Lake was originally intended – at least, this is the assumption made by those responsible for the site today – to be a local recreation area for the suburb of Leherheide-West. The lake is surrounded by meadows and mature trees. In its middle, there is an island covered in trees and bushes, and a stretch of shallow water. This idyll at the edge of the suburb has become forgotten. Even the longer-established residents of Leherheide can scarcely recall the lake’s existence.

Changing image of a neighborhood 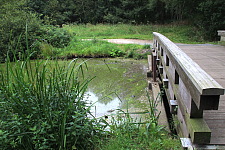 A programme entitled “Experiencing nature in Leherheide” aims to develop areas which are either inaccessible or difficult to reach. The main aim is to bring the local populace to the existing natural sites by providing them with information and hands-on experience. Children, young people and adults are to learn that it is worthwhile to preserve, learn about and enjoy nature, as well as to keep it clean and tidy. The intention is to make it possible for people to experience nature and the environment with all their senses, to enjoy the diversity of nature, and to acquire overarching knowledge.

Also, the project is intended to make a start on changing the district’s image. In future, the focus in Leherheide is to shift to the “greenery” there, in order to highlight the recreational value and the better quality of life available right on people’s doorsteps. 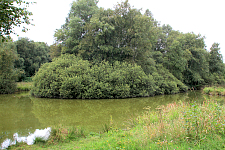 To make this possible, Erika Lake and its island, and above all the nearby open spaces and some of the woods, need to be improved in a sensitive manner. The following elements – to be implemented as part of job-creation and training measures – are planned in order to develop and upgrade the area, as well as to teach people about the environment: the building of a shelter, provision of seating with tables, setting up of information boards, making the island accessible (by bridge or towed raft), establishment of a natural play area, enlargement of the sandy bank area, creation of a water play area at the points where the water enters and leaves, building of a nature trail using bark mulch and wood chippings, opening up of clearings, establishment of information stations, and highlighting of special features such as old peat cutting work.

The finished moorland experience pathway at Erika Lake was inaugurated on 27 September 2013 during the celebrations to mark the completion of the first construction phase. Many of the envisaged features are now in place. In the course of the summer, a barbeque area, the sandy play area right by the lake, and a pathway with exercise units were completed.
The staff of faden e.V., which are working at Erika Lake as part of a job-creation scheme, are currently busy building sensory islands and ditch crossings.