The renovation of "Schulschiff Deutschland" 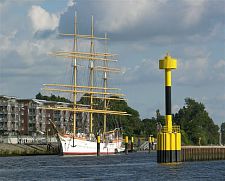 The "Schulschiff Deutschland" training ship – the last and only remaining full-rigged ship under German flag built in Bremerhaven which did not have to be handed over as a war reparation – has been berthed at the mouth of the Lesum in Bremen-Vegesack since 1996.
After many years as Bremen’s sailor school at Hohentorshafen, the ship was made subject to a preservation order in 1994, becoming Bremen’s first “floating cultural monument”. When it was moved to Bremen-Vegesack, Bremer Vulkan shipyard gave the vessel a thorough overhaul and restored it to how it looked back in 1927 (“White Swan of the Lower Weser”). This was Bremer Vulkan’s last contract – the shipyard was subsequently closed down.
Just 10 years after the restoration work, routine investigations in 2006-7 revealed that the wood of the deck and particularly the new wooden upper spars had become severely weathered. Large cracks and crumbling adhesives would have required the ship to be closed to the public on safety grounds. Since the vessel was at risk of being closed down, a total of €250,000 was provided by the Objective 2 programme for maintenance work. The spars were replaced by galvanised steel copies, and welding was carried out on the mizzen mast, the top of which was suffering from rust, and painting and anti-rust treatment was required on all three masts and spars. At the same time, the on-board ventilation system and waste-water system were replaced. 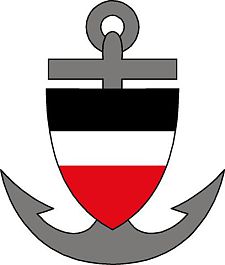 A note on the history of the German Training Ship Association 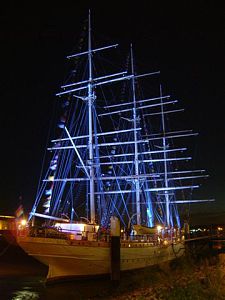 At the turn of the last century, Germany’s merchant shipping was short of training places for around 2,000 sailors a year. There was a need for sailing ships on which young sailors could learn “proper” seamanship. The German Training Ship Association (DSV), involving representatives of shipping lines, keen members of the nobility and Hanseatic merchants, and chaired by Grand-Duke Friedrich August von Oldenburg, was set up on 12 January 1900 to provide the solution.

The association aimed to promote the development of “good young sailors”. Registered at Oldenburg Local Court, the association was always based in Bremen, and due to their draught, its training ships were berthed not at Oldenburg but at Elsfleth.

In 1901, the shipyard of Joh.C. Tecklenborg in Bremerhaven-Geestemünde launched the association’s first full-rigged ship, the “Großherzogin Elisabeth”, now called “Duchesse Ann”. Before World War I broke out in 1914, the fleet gained two more large vessels, which were later handed over to the victors as reparations. The only vessel left is the full-rigged ship “Schulschiff Deutschland”. It was built in Bremerhaven in 1927, and went on 12 overseas voyages and 16 journeys in the North Sea and Baltic. When World War II ended in 1945, the ship began an odyssey via Lübeck and Cuxhaven to Bremen as a hospital ship, residential ship and, from 1948, as a youth hostel in Bremen. In 1950 it was handed back to the DSV, with on-board training for sailors recommencing from April 1952, albeit remaining in the berth. After a long time as the Bremen Sailors School at Hohentorshafen, the vessel was fully overhauled under a preservation order and moved to Vegesack in 1996.

Activities on board no longer focus on training sailors, but on a wide range of events like weddings, training courses, private parties and overnight stays in the 30 cabins, attracting people from all over Europe and further afield. The ship is still owned by the German Training Ship Association, which since 1996 has been chaired by the former Bremen Senator Claus Jäger.